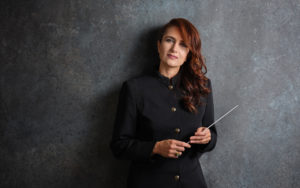 Born in Thessaloniki, Greece, Maria Makraki studied music and received degrees in both piano performance and composition at the Music Academy of Athens, under Pericles Koukos, Elias Voudouris, Alkis Baltas and Uwe Matschke. She was awarded scholarships by the DAAD, UdK and the Franz Schubert Foundation to continue her studies in Germany, and she gained a diploma in orchestral conducting, with the highest distinction, at the Berlin University of the Arts (UdK) under Professors Hans-Martin Rabenstein and Isaiah Jackson. She then continued for postgraduate and doctoral studies in orchestral conducting with Professor Hans-Dieter Baum at the ‘Hanns Eisler’ University of Music, Berlin, and Professor Johannes Schlaefli at the Zurich University of the Arts. Furthermore, she has attended several master classes by eminent conductors such as George-Alexander Albrecht, Carlo Maria Giulini, Lorin Maazel, Kurt Masur, Sir Roger Norrington, Jorma Panula and Kurt Sanderling. She also holds a Master’s degree in physics from the National and Kapodistrian University of Athens. 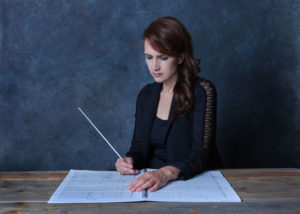 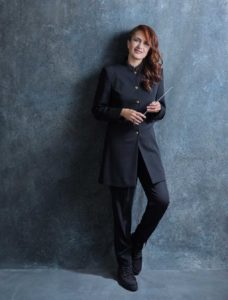 In 1996, she won first prize at the 5th International Conducting Competition of the Czech Republic and the special prize at the Carl Maria von Weber conducting competition in Munich, establishing thus a long collaboration with the Munich Radio Symphony Orchestra. Since then, she has also been a stipendium scholar of the German Music Council (Deutscher Musikrat Dirigentenforum).

Maria Makraki frequently leads, and makes recordings, with prominent European orchestras in England, Germany, Austria, Greece, Italy, Poland, Romania, Switzerland, the Ukraine, the Czech Republic, Turkey and in the USA. She works regularly as a guest conductor with the philharmonic and symphonic orchestras of Berlin, Athens, Bucharest, Cologne, Frankfurt, Munich, Stuttgart, Bochum, Boston, Nuremberg and the Tschaikovsky Symphony Orchestra. Furthermore, she has given concerts in Baden-Baden and Jena, worked with the Janacek, Rheinische and Robert Schumann Philharmonics, and led opera productions with the State and Theatre Orchestras of Bremen, Giessen, Halle, Kassel, Leipzig, New Brandenburg and Rostock.

At the State Opera of Chemnitz she has performed ‘My Fair Lady’, ‘Jesus Christ Superstar’ and ‘Cabaret’, while at the Berlin University of the Arts the contemporary operas ‘Sancta Susanna’ by Paul Hindemith and ‘The Poor Sailor’ by Darius Milhaud. In 2019, she conducted ‘La Traviata’ at the National Opera Theatre Oleg Danovski in Constanta, Romania, with great acclaim. Additionally, her opera repertoire includes ‘Carmen’, ‘Così fan tutte’, ‘Fidelio’, ‘Il barbiere di Siviglia’, ‘La Bohème’, ‘Le nozze di Figaro’, ‘Samson et Dalila’, ‘Tosca‘, ‘Turandot’, ‘The Flying Dutchman’, ‘The Magic Flute’, ‘Hansel and Gretel’, and also the operettas ‘The Gypsy Baron’, ‘The Beggar Student’, ‘The Gipsy Princess’ and ‘The Bat’.

She has participated in numerous international festivals and she has received rave reviews for her concert and opera appearances in magazines such as ‘Das Orchester’, ‘Opernwelt’, ‘Neafon’, and in newspapers such as ‘Berliner Morgenpost’, ‘Die Welt’, ‘Nürnberger Nachrichten’, ‘Siegener Zeitung’, ‘Tiroler Zeitung’, ‘Badisches Tagblatt’, ‘Bergische Morgenpost’, and others.

In 2000, she won first prize in the conducting competition held by the Bergische Symphony Orchestra in Solingen, becoming the academy’s chief conductor for the 2000/01 season, and also the special prize in the Bad Homburg conducting competition. In addition, she was amongst the prize winners in the German Music Council’s ‘Maestros von Morgen’ rostrum of artists from 2001 to 2005. In 2003, she was appointed resident conductor of the State Orchestra and Theatre of Chemnitz, leading the Robert Schumann Philharmonic. 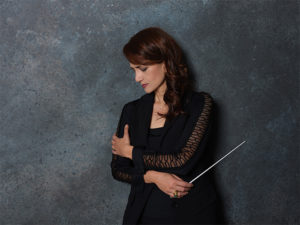 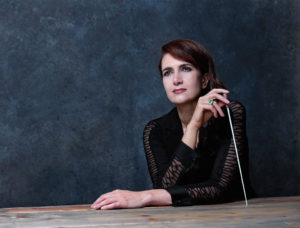 Maria Makraki is widely known as an Ambassador working between the ‘Known’ and the ‘New’: in her concerts she manages to build bridges between the classical repertoire and contemporary music – symphonic as well as opera – and every season she gives several world premieres and first performances. A focal point of her artistic work is the development and implementation of innovative and integrative programme-concepts, and across European cultures. She is also regularly invited to serve on the jury of various music competitions and often works as guest lecturer in orchestral conducting classes all over Europe; she also gives talks on the topic of ‘Leadership’. In 2019, she was awarded the prestigious ‘Exaleiptron’ prize for her significant contribution in promoting Greek culture in the field of music.

A very strong personality, individualist and extremely determined. Her musicality and intelligence are transmitted to the orchestra through her gestures, which can be both imperious and musically warm. The public notices all this and is conquered by her.

Charisma and skill. Although it was 'only' Strauss that Makraki was conducting, the young Greek conductor's presence, charisma, personality and last not least, her craftsmanship, were striking. She shaped the harmony with precise timing and vivid gestures and brought out the best in her fantastic 'fellow players'.

It was her enormous artistic ability and the way she was able to communicate this to the orchestra that drew her to my attention. Maria Makraki has an outstanding ear for music, an acute perception of tonality, an excellent memory and a faultless conducting technique. She is a great talent that deserves to be supported.

An extremely sensitive and highly trained artist whose tremendous charisma has a great impact on the orchestra. What particular struck me about Maria Makraki, was her fine stylistic touch and her fantastic memory. Moreover, she has a most intricate grasp of the score, right down to the finest detail.

'Tomorrow's Maestros' list. Maria Makraki performed with confidence in the genre, adapted to the differing dictions, struck the crisp and intimated tones, and gave intensive impulses. She appeared to be the candidate most likely to be able to conduct the music that, although 'light', is by no means easy to deal with either technically or artistically.

She is blessed with a gift for this profession. Her work with various orchestras shows a profound knowledge of the scores concerned, whose interpretation and transference to the members of the orchestra is impressively characterized by the persuasiveness and charisma of her personality.

The Greek conductor Maria Makraki delighted us not only with her refreshing precision, but with a maturity that stimulated the Südwestdeutsche Kammerorchester into performing at their best.

Maria Makraki triumphs at competitions and also makes successful quest appearances with prominent orchestras at home and abroad. Her assured and highly expressive conducting technique and her professional manner with musicians are the foundation for her success as a conductor.

A highly-talented conductor, enriching those who work with her along the way. The concentration and seriousness with which she approaches her work are captivating. Maria Makraki has very precise musical ideas, knows the scores intricately and at practices she quickly determines the right approach for realising her vision. Her strong musical presence is complemented by her ability to tackle the areas that need to be worked on in precise detail and without compromise, whether conceptual or technical.

Maria Makraki is an artist with an acute perception of tonality and a strong presence. The concepts she develops testify her tremendous stylistic confidence, imagination and superlative musical expertise. She works carefully yet tirelessly with the orchestra at practice sessions and expresses her wishes clearly, showing both authority and great charisma.

The ensemble's chief conductor Maria Makraki described a sweeping arc and the energy of her Greek temperament immediately transformed the musicians into an homogeneous orchestra that exploited the musical diversity to the full, conveying finest dynamics, contrasts, tension build-ups and increases with superb clarity. 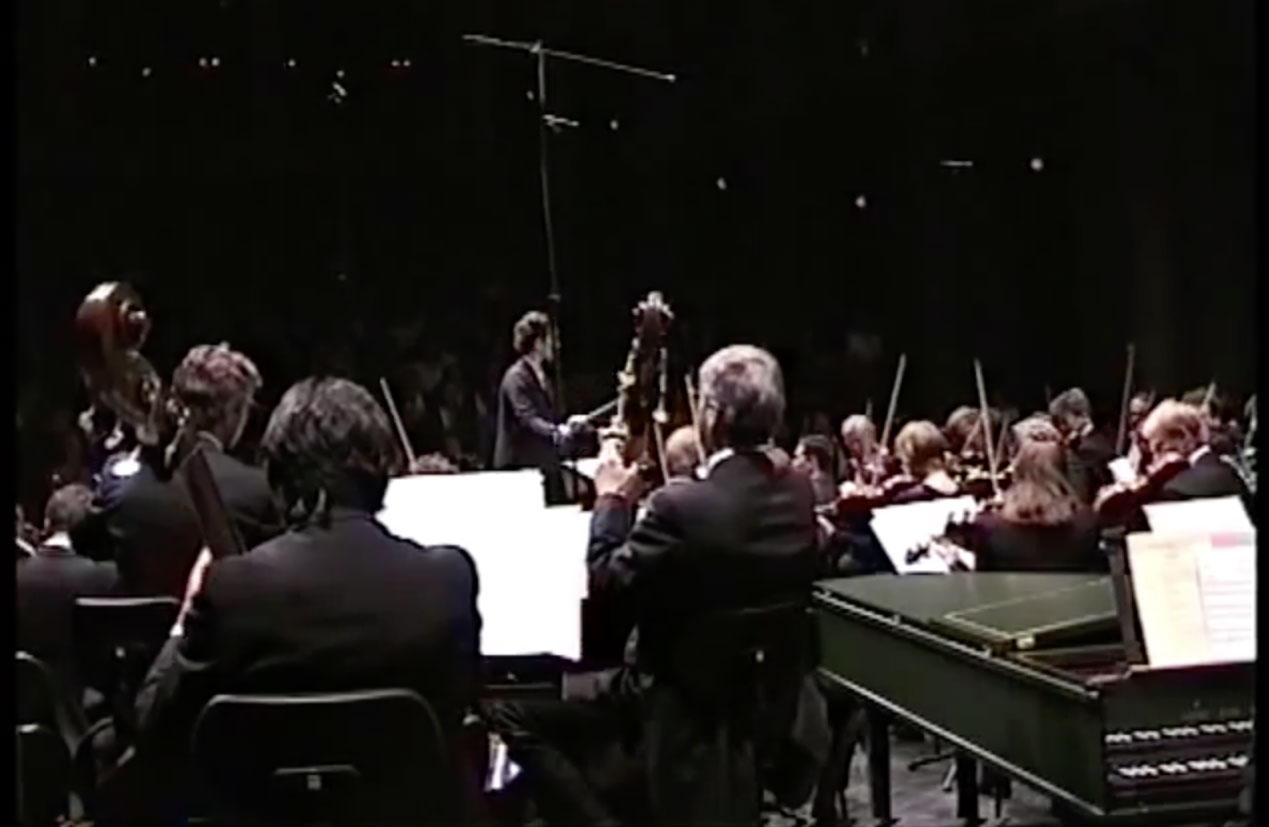 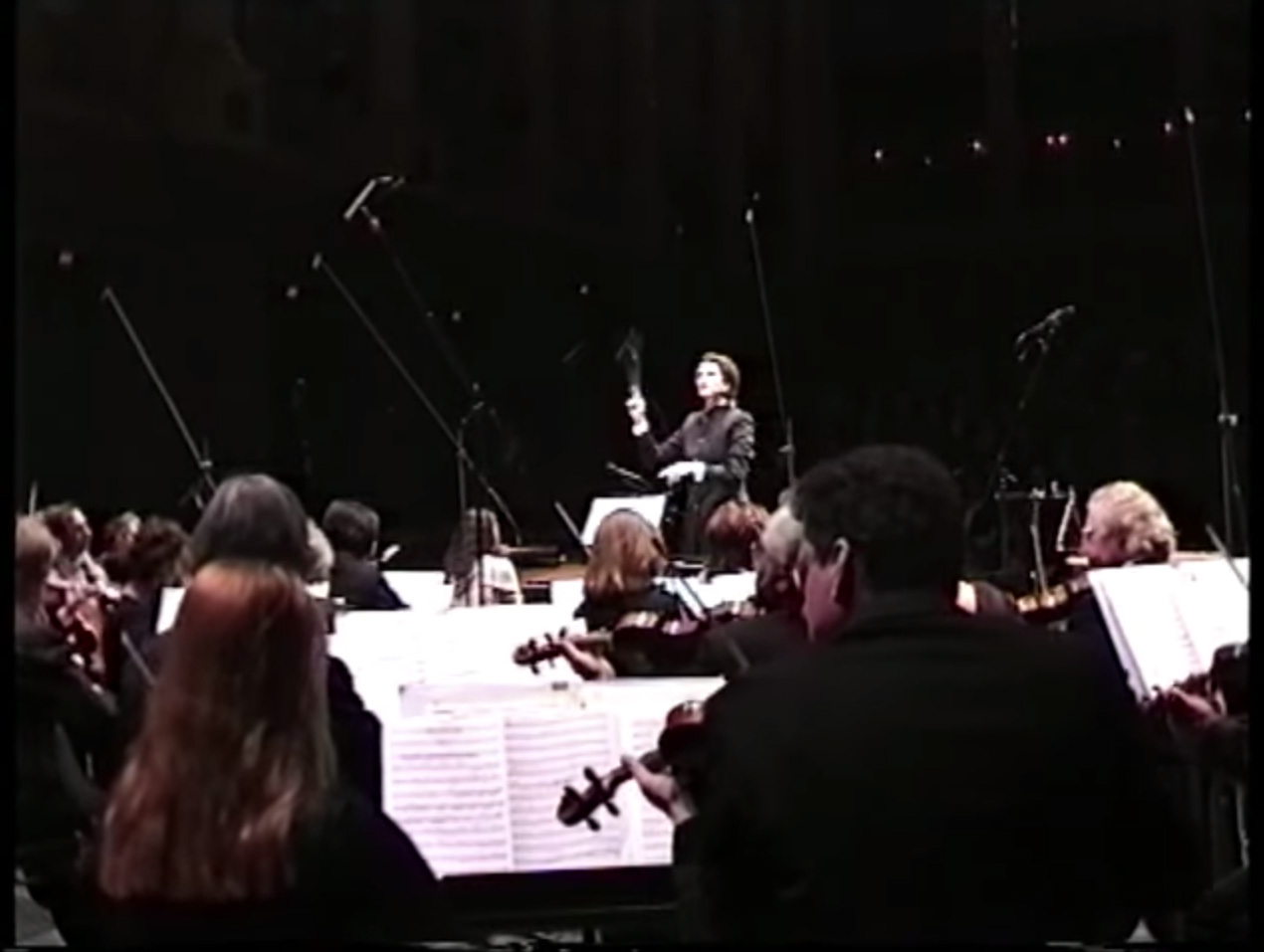 Conductor: Maria Makraki
Update Required To play the media you will need to either update your browser to a recent version or update your Flash plugin. 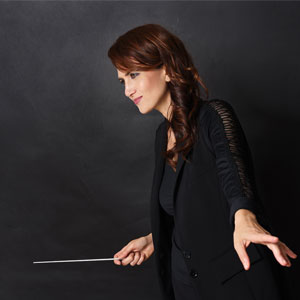 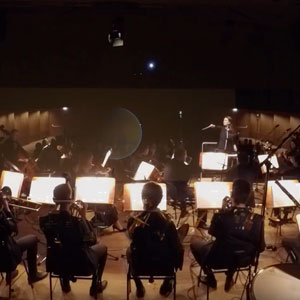 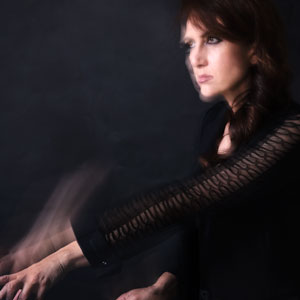 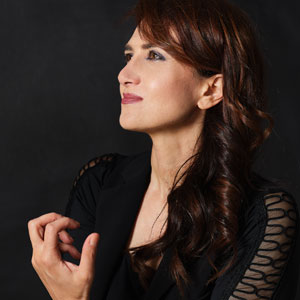 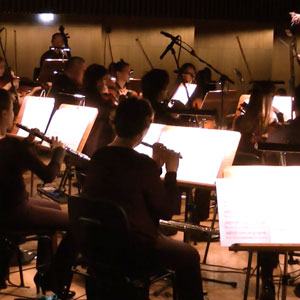 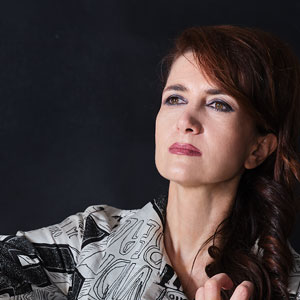 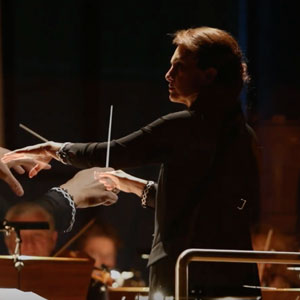 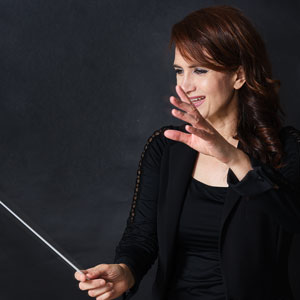 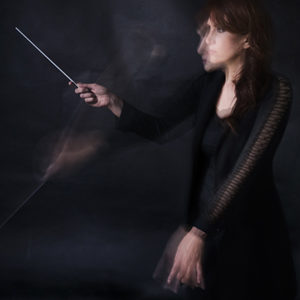 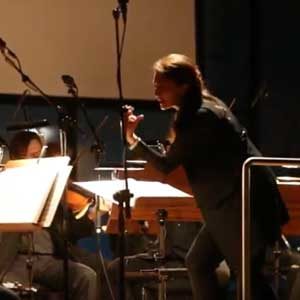 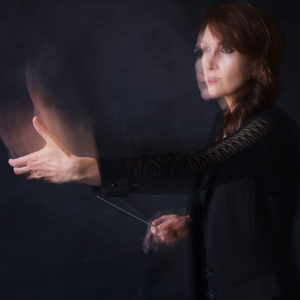 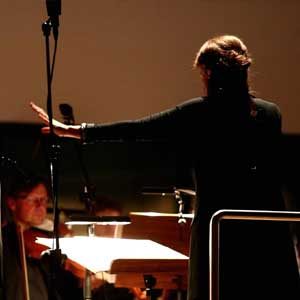 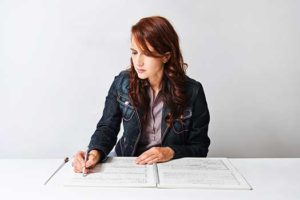